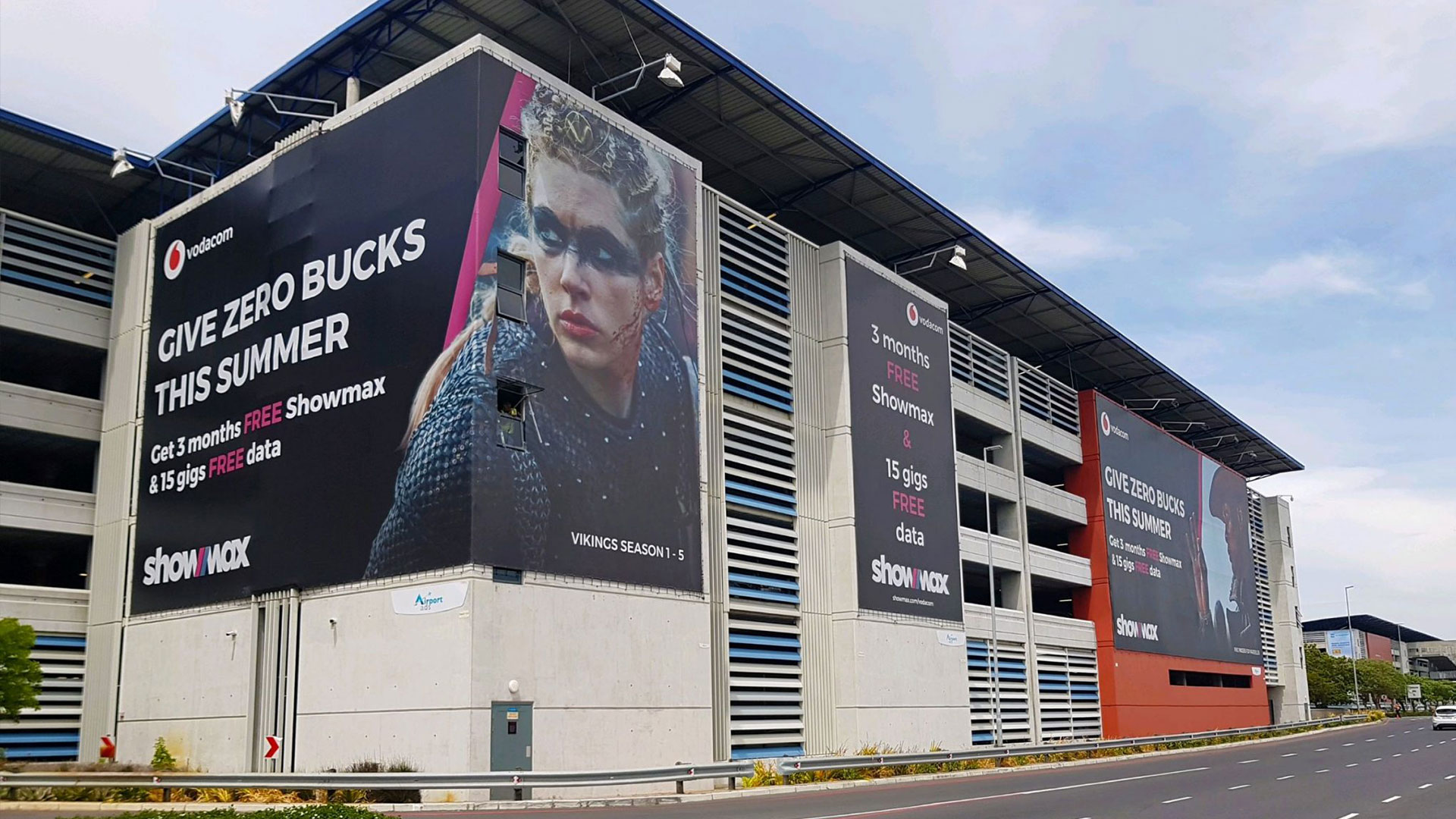 Showmax has made a big statement in partnership with Airport Ads by unveiling an eye-catching large format building wrap at Cape Town International Airport.

The building wrap is part of a four-month Showmax campaign and is situated on the exterior of the airport’s parking garage, facing the road that exits the airport precinct – a road that all vehicles visiting the airport use to exit.

Showmax is using the building wrap to promote its data offering and the various series available on its platform, including Vikings, Game of Thrones, Billions, and Pretty Little Liars, and has opted for Airport Ads as an advertising partner, as it looks to take its message directly to a targeted audience – those consumers with the means to afford the Showmax offering.

“Airport Classic is just one of the solutions offered by Airport Ads and the building wrap at CTIA is an example of how we are able to provide brands with the opportunity to captivate and engage upper income business and leisure travellers with striking advertising that is truly larger than life,” says Mzi Deliwe, Deputy CEO of PMG and Head of Airport Ads.

According to Airports Company South Africa, Showmax will reach approximately 420,000 affluent passengers a month through this campaign, representing a significant return on investment.

Further, the large format building wrap is expected to be highly impactful, due to its impressive size and location, along with the ability to take the Showmax message to the relevant audience. That’s because the most regular travellers are frequent flyers from the upper income brackets. They have the purchasing power and are regarded as tech-savvy, due to their need to balance constant travel with a work/life balance.

As Showmax is an online subscription video-on-demand service, the fit with a tech-savvy audience that makes us a substantial portion of air travellers is clear, with Airport Ads having the ability to effectively match and target product with audience.